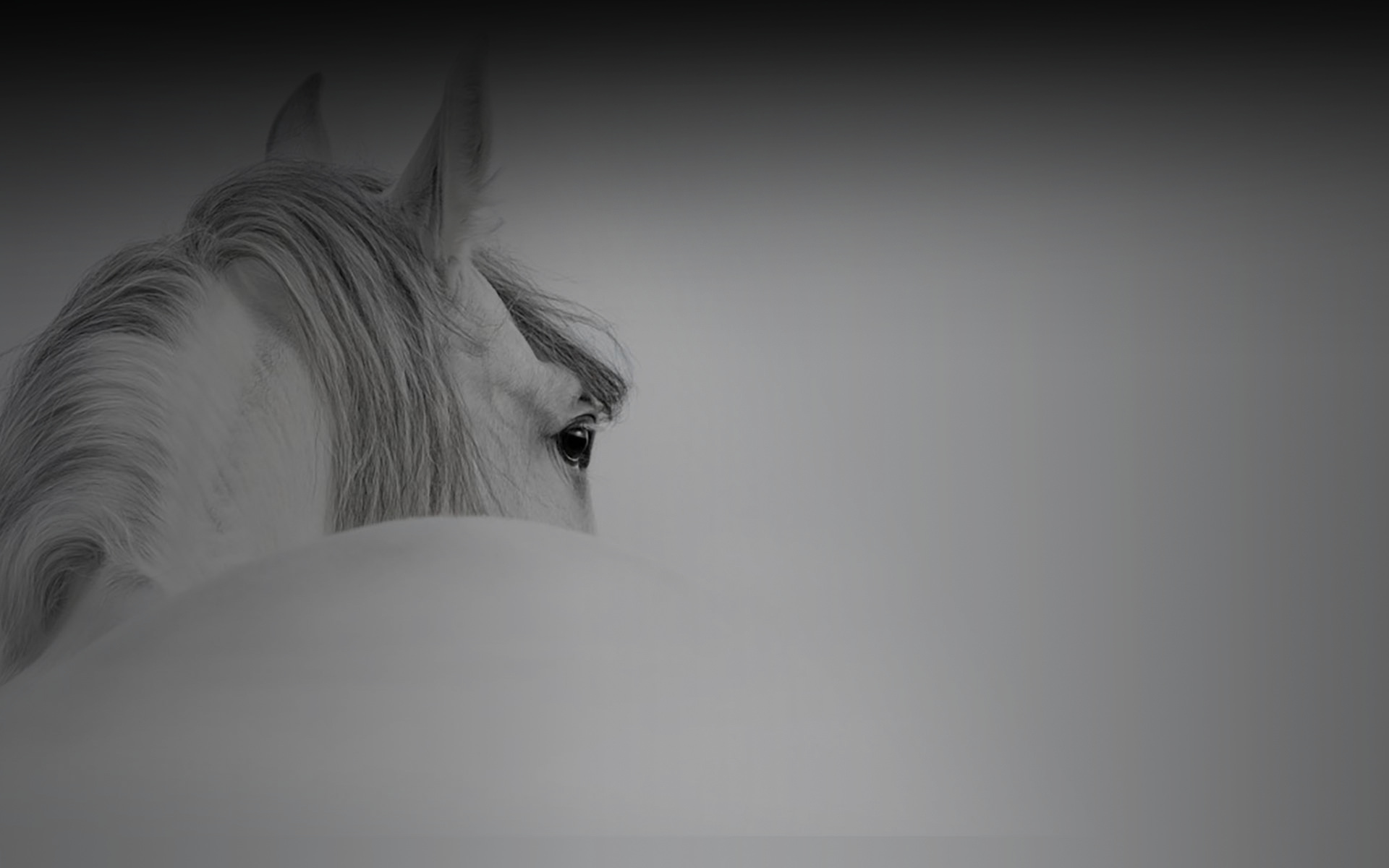 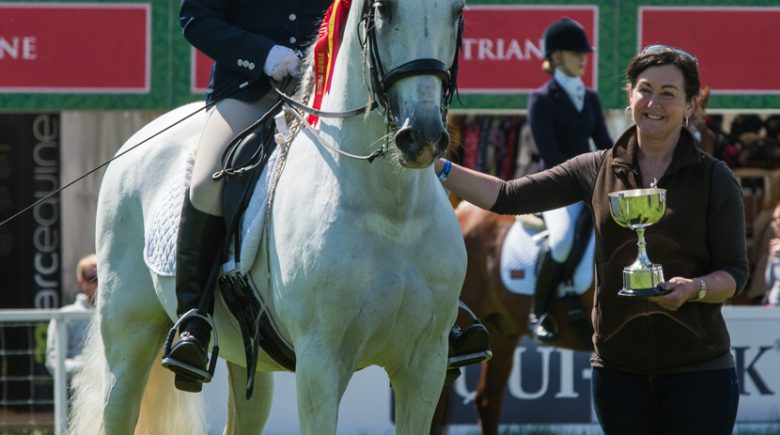 Royal Windsor Horse Show is always a special event attracting top riders and competition, made more so this year as it marked the Queen’s 90th birthday.

There are two ridden PRE classes held at Windsor; one in English and one in Spanish dress, open to both part and pure-bred. 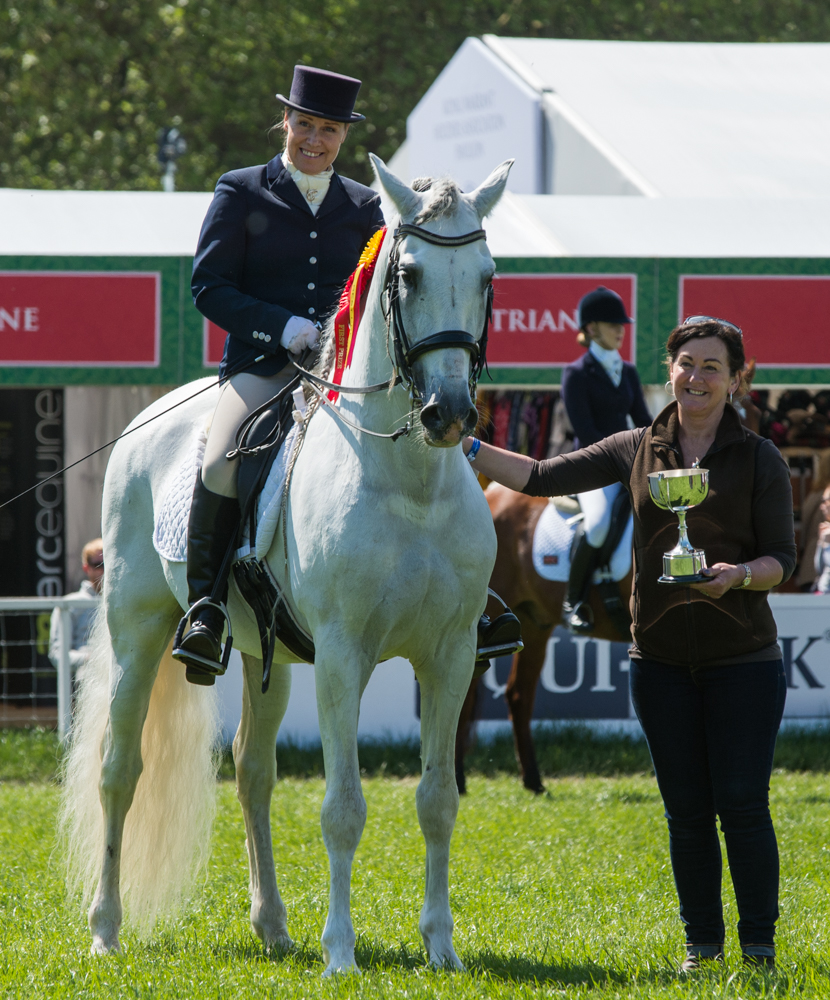 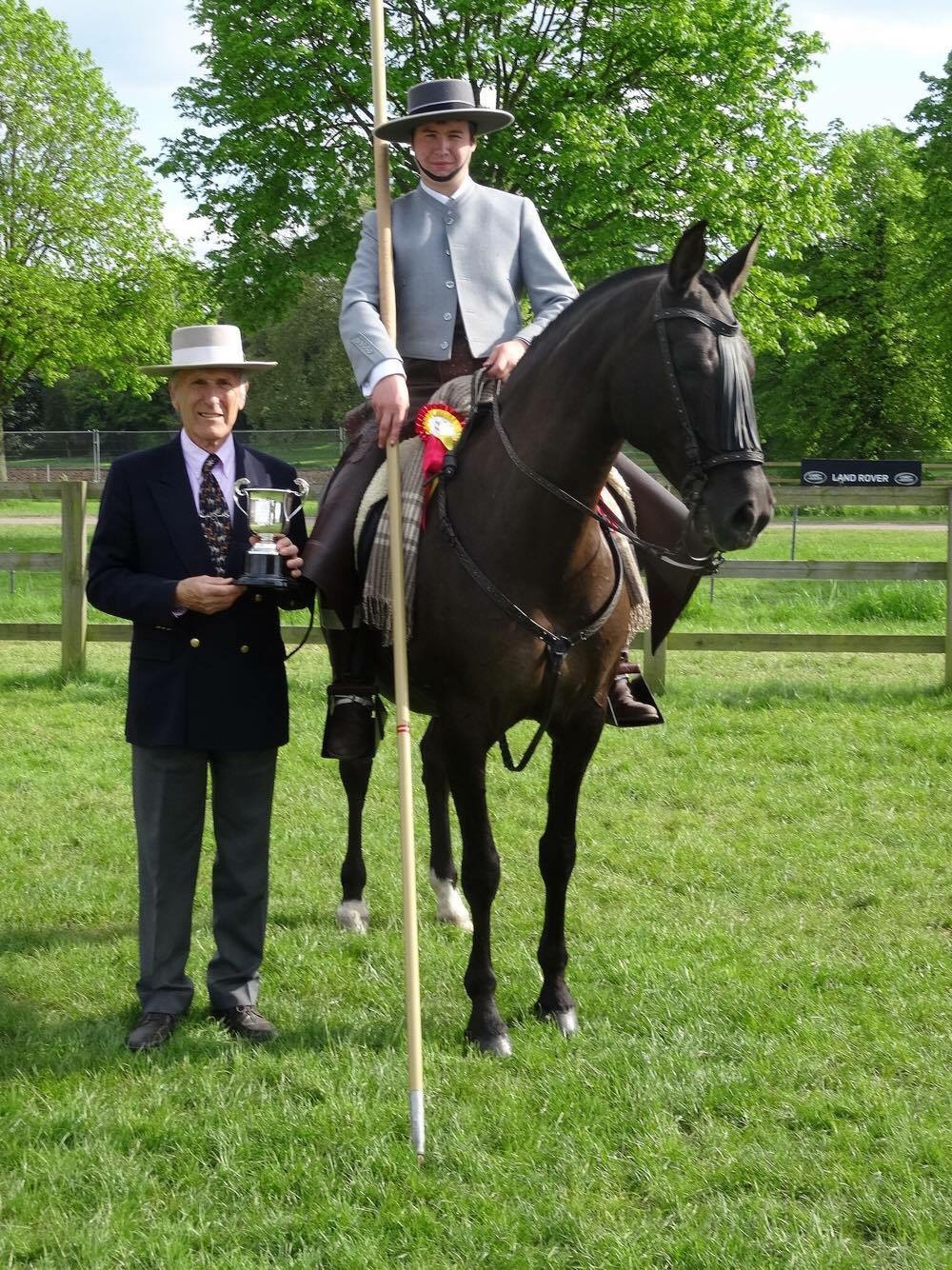 Marea ridden by Ben Swann, having won the Spanish ridden before giving a Garrocha display

It was great to see a huge turnout in each class, demonstrating just how popular our breed is becoming, therefore there was some stiff competition for the prized top six places.

The GB PRE show page is now live, with full information about the show, including the show schedule and timeline. Check out the event page here

We have also launched our online entry system, which you can also access from the main event page by clicking the “Book Now” buttons.

Please check out our video guide to entering (see below). Although it’s a simple process, with all the classes and options available, it may appear a bit daunting at first. However if you watch the video below, all will become clear!

So get your entries in and we look forward to seeing you at the show.

GBPRE is thrilled to announce that the UK is the first country in the World to be able to offer competitors with Purebred Spanish horses the opportunity to qualify in the UK for the annual World Dressage Championships held at SICAB in Seville in November.

GBPRE will maintain the league table which will hold the results for each combination. The qualification period commences 1st January and ends on 1st October 2016. The horses with the highest scores on the British league table in the following levels have the opportunity to qualify: 5, 6 and 7 year olds, PSG and Grand Prix. The approved Calendar is now available.

The winner of each class at these UK qualifiers will receive the special ANCCE gold medal which has been kindly provided by ANCCE, the governing body, in Spain. Final qualification criteria is being finalized by ANCCE and will be announced shortly.

Karen Bourdon, Director of Dressage says “this is a fantastic achievement to be able to qualify in the UK for these prestigious World Championships. We have been working very hard with ANCCE to organize this and we are over the moon that we have so many qualifying venues”.

The only British Dressage rider to have competed in the World Championships was Alice Hurley in 2014, achieving a bronze medal in the 7 year old test, but she had to qualify 3 times in Spain to be able to compete at these World Championships. This inspired us to organize the qualifiers in the UK making it an easier pathway for everyone.

President of GBPRE, Naomi Vance-Webb says “This has opened up a whole new avenue for our dressage riders and will promote the breeding programme in the UK for these very special horses”.

Main sponsors, Eastelms Horse Transport, will be offering a superb rate to travel the horses to the finals making it easy for our riders to make the trip hassle free.

View the full list of qualifying venues and dates here…

We are working to create an online membership system which will go live soon, as well as finalising membership levels and rates.

We are also thrilled to be partnering with sponsors who will be offering members exclusive benefits, so watch this space!

If you would like us to notify you as soon as we are ready to accept membership applications as well as when we have more details regarding rates etc, please register for updates here…