The National Purebred Spanish Horse Breeders’ Association, (Asociación Nacional de Criadores de Caballos de Pura Raza Española) and commonly known as ANCCE, is the mother association for the Purebred Spanish Horse throughout the world. Likewise, ANCCE has been officially recognized by Spain’s Ministry of Agriculture to handle the PRE Stud Book and thus, guarantee the purity of this century-old breed. 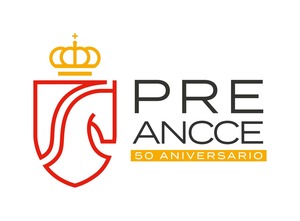 Ever since ANCCE was founded, in 1972, the role that it plays when defending the Purebred Spanish Horse has been essential. It has been a national organization from the very beginning and is located in the city of Sevilla. Today, its membership numbers more than 700 breeders, who are from all over the world, 276 associate members and in addition to these, members include 33 Associations from such countries as the United States, Germany, the United Kingdom, Australia, France, Italy, Mexico, Nicaragua, Guatemala, Holland, Czech Republic, Sweden, among many others.

In 1991, to promote and defend the breed, an international trade fair was created in which the Purebred Spanish Horse was the epicenter. This idea arose during the African Horse Sickness crisis and has gone on to become the International Horse Fair. SICAB, with 30 years of experience, has become the reference event for the PRE horse at both national and international level. The latest innovation is the incorporation of the World PRE Championship into the equestrian sports programme.

ANCCE is the main organizer of the Tribunals for Qualified Breeding Stock and the Young Horse Selection Test for Dressage, all within the scope of the PRE Breeding Programme. Likewise, ANCCE represents the PRE before COPA-COGECA (Committee of Professional Agricultural Organizations in the EU) and the WBFSH (World Breeders Federation of Sports Horses). It also designs annual promotional plans for ICEX (Spain’s Institute for Foreign Trade) and EXTENDA (Andalusian Agency for External Promotion).

In 2022, coinciding with its Golden Jubilee

The new logo will be used on all ANCCE communication channels. In June 2021, King Felipe VI of Spain granted ANCCE the title of Royal. This honour was issued in a certificate stamped by the Head of the Royal House of Spain, who informed the organization that His Majesty King Felipe VI approved the request presented by ANCCE on the 12th of April, 2021, on the occasion of its 50th anniversary in 2022.

Upon being allotted this credential, the ANCCE Executive Committee confided in the Press and Marketing Commission to adapt the new name to the ANCCE logo.

“Undoubtedly, it was time for changes and advancement. With elegance and simplicity, we have achieved a logo that within a few hours will be official on all of our communication channels,” confirmed Carlos Bohorquez, president of the Commission.

It emphasizes a shield that works as an emblem while simulating the outline of a horse. the new logo expresses a modern and solid personality, while based on the Association legacy with future projection. While the shield boasts the representation of the Spanish Crown, tones selected are based on Spain’s flag.

The logo includes a new, extended font that for the first time includes the breed abbreviation (PRE) and ANCCE.